A Graphic Novel by Sarnath Banerjee: The Indian Brighu leads through Berlin in 17 episodes – from the arrival at Tegel Airport, first winter nights and the spring awakening to the topics anxiety, life and love.

Sarnath Banerjee created a Graphic Novel about his time in Berlin for the Indian daily newspaper The Hindu. The creativly complex and critical work combines experiences from Berlin with memories and historical events as well as cultural differences. Brighu arrives at the quaint and outpostlike Tegel Airport in the middle of a blizzard. Earlier, an unexpected upgrade to Business Class and several glasses of single malt have made him philosophical about life. 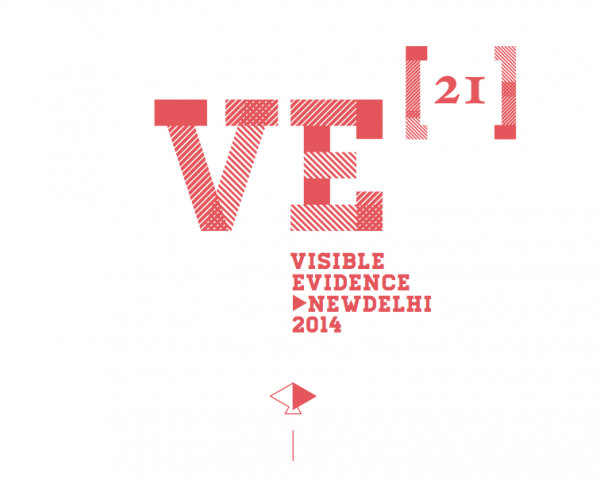 The relative stability in the Valley of Kashmir after the early 2000s and the emergence of digital filmmaking around the same time furthered a wave of independent digital films that attempt to work through the history of the conflict. Ananya Kabir (2009) aptly calls the valley ’a territory of desire’ immersed in hyperbolic metaphors ranging from a tourist paradise to a terrorist hell.

In this essay I will introduce Sanjay Kak’s[1][2] Jashn-e-Azadi (2007), a film that not only deals with the history and memory of the conflict as an object of the film, but that articulates a historicity different from most other films on Kashmir be they from the Hindi-Film industry or the bulk of documentaries produced since the onset of independent digital filmmaking on the valley.

The scholar Mridu Rai recently said in her lecture ‘Language of Violence, Languages of Justice: The State and Insurgent Kashmir’[3], that Kashmiris can become visible either as victims or as perpetrators of violence. This is an observation that rings largely true for the corpus of documentary films I have been looking into. According to Brian Winston (2008) the victim has always been one of the ‚staple subjects’ of the griersonian realist documentary, and forms of the realist tradition are strong in India today[4]. It has been noted by Gyanendra Pandey (2000) that during times of what in India is called ‘communal violence’ a balanced account of the atrocities committed from ‚both sides’ is given, washing over the local context and dimensions of what has happened. In many documentary films on the Kashmir conflict (and other conflicts too) this parallel form is embedded in what Winston calls the ‘problem structure‘ of griersonian documentary. I will argue here, that Kak and the film’s editor Tarun Bhartiya challenge in the form of their film the wider distribution of atrocity images in South Asian visual culture by rearticulating them as a markedly Kashmiri historicity and temporality of the conflict questioning our notion of the Kashmir conflict ‘as a problem’ (between party A, B, C, etc. to be (un)solvable by experts, diplomats and state representatives).

These images of atrocities circulate on various platforms of visual activism – from the rather traditional traveling photo exhibitions and TV-newsreels to newer media-forms like You-Tube or multimedia-online archives of the conflict. Although I do not possess any precise data on their distribution and reception, these images surely connect to a certain frontal visual style I have observed in all of the above mentioned media and also in the more ‘dramatizing’ documentary films of my corpus. Many documentaries frame these images through a departmentalized view of Hindu and Muslim communities suffering together in equal measure under the signifier of an endangered secularism.

Jashn-e-Azadi (2007) was the result of a long research beginning in 2003 with regular visits to the valley over the period of four years. Screenings of the film have become the scene of a number of violent public performances by the Hindu Right and intense debates – some calling the film ‘pro-Pakistani propaganda‘.

In a scene where the poet Zarif Ahmed Zarif is reciting one of his older poems (in fact pre 1989) atrocity images are breaking into the serenity of the recitation. It seems that the poet hides behind the flowers while darting his gazes and words back at the scenario of patrolling army men[5]. The bulk of the archival material used in this sequence comes from a person credited in Jashn-e-Azadi as the ‘unknown cameraman’. The material appeared, so the story goes, one day in front of Kak’s door after he contacted a number of journalists and friends who might know somebody who owns audio-visual material from the 1990s. It was cleaned and digitalized. There is a lot of material there, Kak told me, from both sides: most likely a small number of camera operators who shot for the army, for the militants, for both together and, sometimes, for themselves. Many hours of rather gruesome footage have been sighted by Kak and the films editor Tarun Bhartiya. Eventually only a few sequences made it into Jashn-e-Azadi. They pop up several times in the narrative as some kind of traumatic layer – marked by horizontal TV-lines. This marking has been done to give the spectator – as Bhartiya suggested – an idea of the absence of these minor images during the 1990ies. We may also get the feeling that we do not see the bodies in their iconic atrocity form. In fact, Bhartiya applied an editing strategy where he cut shortly before or after the climax of the actuality which – in the words of Bhartiya – “could also be frustrating for a viewer. Why are they not showing us the film? What we are showing in the present is equally [important] – it may not be that full of blood and war and all those kind of things – so, and if we show you the archive in its ‚full‘, would that make our argument more plausible?“

Now, how do these images and editing strategies add up to the film’s temporality? It is a long film, more than two hours full of ruptures evoking at once the difficulty of working through the traumatic memory of the conflict and the grip of a memory and a history of oppression that keeps it going.

In the words of Kak and Bhartiya, the film is “a narrative of feelings“ and “a compendium of Kashmiri resistance“: every fragment is meant to add up to the feeling of Azadi. The atrocity images, however, form an ambivalent traumatic layer. They are linked to the desire for Azadi but do not merge simply with this trajectory. As is clear from Bhartiya’s statement, there is a technique of defamiliarization at play to deal with both the affective and legitimizing power and the desensitizing danger of the atrocity image.
Sanjay Kak would repeatedly say before and after screenings that his films are “an argument“. While the film as an argument and the progressive understanding of history as ‘people’s struggle‘ suggest an immersion of the filmmaker’s subjectivity into the movement, I would argue instead that the form of the film rather evokes a self-reflexive[6] oscillation between inside and outside of the struggle analogous to the first person plural “we“ of the title: “This is how we celebrate freedom“.

[2] Sanjay Kak is a self-taught filmmaker who studied sociology and economics at the University of Delhi. He has recently become well known in the Indian Documentary community for three films that have entered the antagonistic spaces of social movements: Words on Water (2002) on the protest against the construction of the Narmada dams; Jashn-e-Azadi (2007) on the struggle for self-determination in Kashmir and Red Ant Dream (2013) on the struggle and culture of the tribal communist groups. Although born a Kashmiri Pandit, his political intervention into Kashmir ‘as a Kashmiri’ followed as a consequence of the aftermath of the 13 December 2001 attack on India’s parliament, where he became involved in the defense of one of the prime accused, the Delhi University teacher S.A.R. Geelani, both as a translator of a vital piece of evidence, and as a member of the defense committee set up to acquit Geelani.

[3] Ironically the police prevented the lecture to take place at its destined location in Srinagar: http://indianexpress.com/article/india/india-others/jk-police-stop-lecture-by-author-mridu-rai-in-srinagar/ (access 07.01.15)

[4] James Beverdige was working from 1953-58 in Bombay for the Burmah Shell Oil Company. (http://www.beevision.com/JAB/cv.shtml, access 01.01.15). He was working with the griersonian educational notion of social uplift through documentary film. Later he helped to set up the Jamia Millia Islamia University’s Mass Communications Research Centre, which became a center for politically dedicated filmmaking in India (Vohra 2011, Schneider 2013).

[5] There is a version of the poem without the atrocity images on You Tube: https://www.youtube.com/watch?v=_aglwJMifXE (access 07.01.14)

[6] As the filmmaker Surabhi Sharma once pointed out in a post-screening discussion of the film, the mulling voice-over of the commentator does not give us the impression of an immersion, but rather serves as a rational assessment of the feeling of azadi (self-determination).

#DelhiDecides: Twitter celebrates the election that AAP won but Kiran Bedi ‚did not lose‘

No one quite covers election results the way Twitter does.

The sheer scale of the AAP victory in Delhi, not just in terms of seats but also the vote share, has left most political analysts stunned.  It’s a complete turnaround from the Lok Sabha elections back in May last year when BJP won all seven seats.  Once it became clear that the AAP was heading for a result bettering even the most optimistic of exit poll projections, the barbs on Twitter came thick and fast. It was inevitable that the Prime Minister’s derisive reference to opinion polls would be pilloried, and it was:

Once the Congress’s chief ministerial candidate Ajay Maken resigned, as did Delhi Congress President Arvinder Singh Lovely, the reminders to the Congress could not have been any less direct:

@ajaymaken throws himself under the bus to save Rahul Gandhi. Of course, its too much to expect a responsible resignation from the Rajkumar.

Yes, Ajay Maken’s resignation from the All India Congress Committee is the one Congress needs. Not Rahul’s. Nope. Not at all. Nooo.

Rahul Gandhi to resign today. To his fate.

The „Obamapose“ was widely appreciated, as AAP’s Arvind Kejriwal stepped forward to introduce his wife, something the PM has not done:

Love how Kejriwal introduced his wife with so much pride and respect. It is such a dig to a PM that refuses to accept his. — Joanna Lobo (@djoiiii) 10. Februar 2015

And then, of course, there was Kiran Bedi:

We deserve one last Kiran Bedi press conference for sitting through that shitfest of an election.

She obliged with a press conference in which she insisted more than once that she had not lost:

If the jokes were cruel, it was only inevitable:

Read more at: #DelhiDecides: Twitter celebrates the election that AAP won but Kiran Bedi ‚did not lose‘