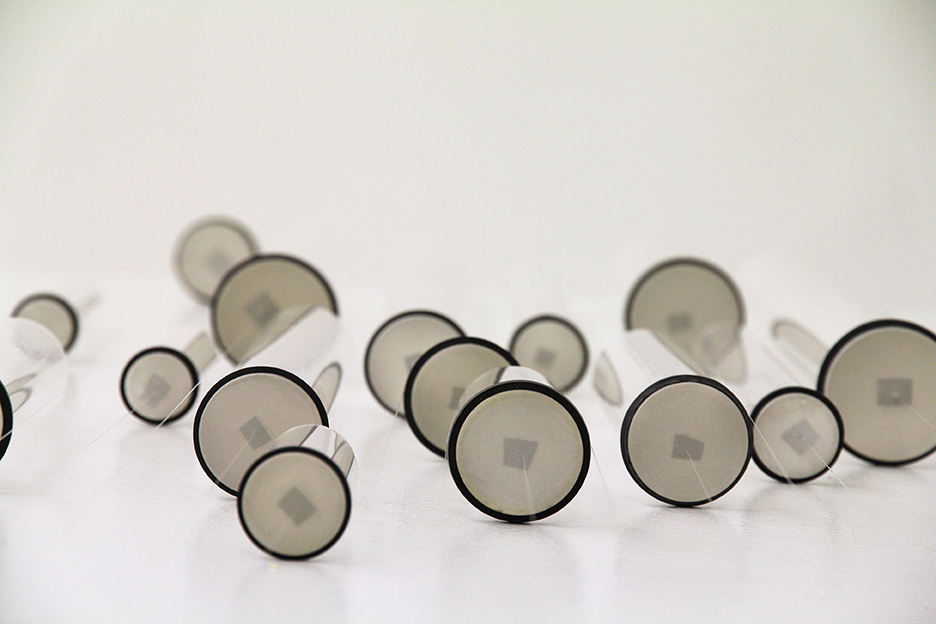 Marianthi Papalexandris work is situated at the intersections of composition, performance and sound art, by questioning and transforming the role and function of the instrument as a sound-generator. As a result, she has designed and realized new instruments, most of them mechanized sound devices. Her departure away from the more traditional forms has also led her to sound objects and sculptures that are able to produce sounds autonomously,
independent of a performer. She is fascinated by the idea of using the same materials and objects under different conditions, and the ways in which the context can influence these materials.

In her presentation she will perform Untitled II, a sound artwork and performance with a frictional sound device developed in collaboration with kinetic artist
Pe Lang, and discuss the combination of the device with different materials as well as its application to different spaces and contexts to question the notion of the sound device.

The event is part of the new project Apparatus which aims to acoustically activate and transform spaces into resonant bodies by challenging architectural and site-specific contexts.  Apparatus is a collaboration with dramaturge Juliane Beck and is supported with a Work stipend New Music and sound art by the Senatskanzlei – Kulturelle Angelegenheiten Berlin.

Marianthi Papalexandri-Alexandri is a Greek-born composer and sound artist working in Berlin, Germany and Ithaca, New York. Papalexandri’s works interweave the borderlines of sound art, musical composition, visual objects and performance and explore the factors that link these art forms. The world of sound and the visual appearance of her works are in continuous interaction, while being uncompromisingly precise, pure and economical in their means.